The Nike Air VaporMax 360 is a new hybrid model from the Swoosh that combines the upper of the Air Max 360 atop a full-length VaporMax sole unit.

This offering features a Grey upper paired with the models’ signature iridescent Swoosh logo on the sides and Black iridescent patent leather around the mudguard. Other details includes hits of Crimson, and “2020” printed on the lace eyelets that replaces the “2006” embellishment that was present on the original 360 design. A clear VaporMax sole unit completes the design.

Grab a detailed look below, and expect this Air VaporMax 360 to release very soon at select retailers and Nike.com. 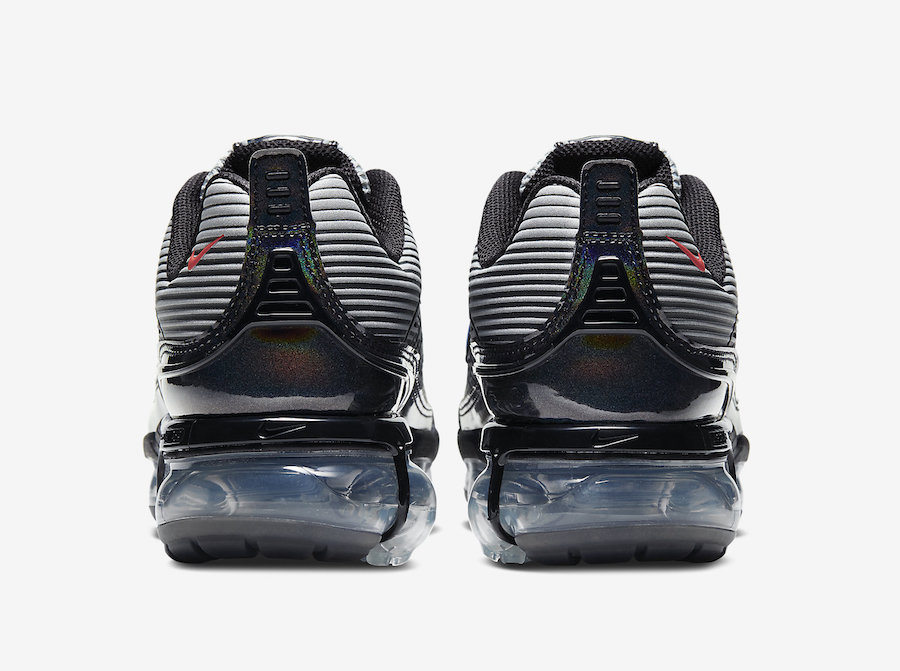 The Nike Air VaporMax 360 Gets A Black and Volt Makeover A Nike Air VaporMax Plus To Match Your Dying Easter Eggs Easter Vibes On This Nike Air VaporMax Plus